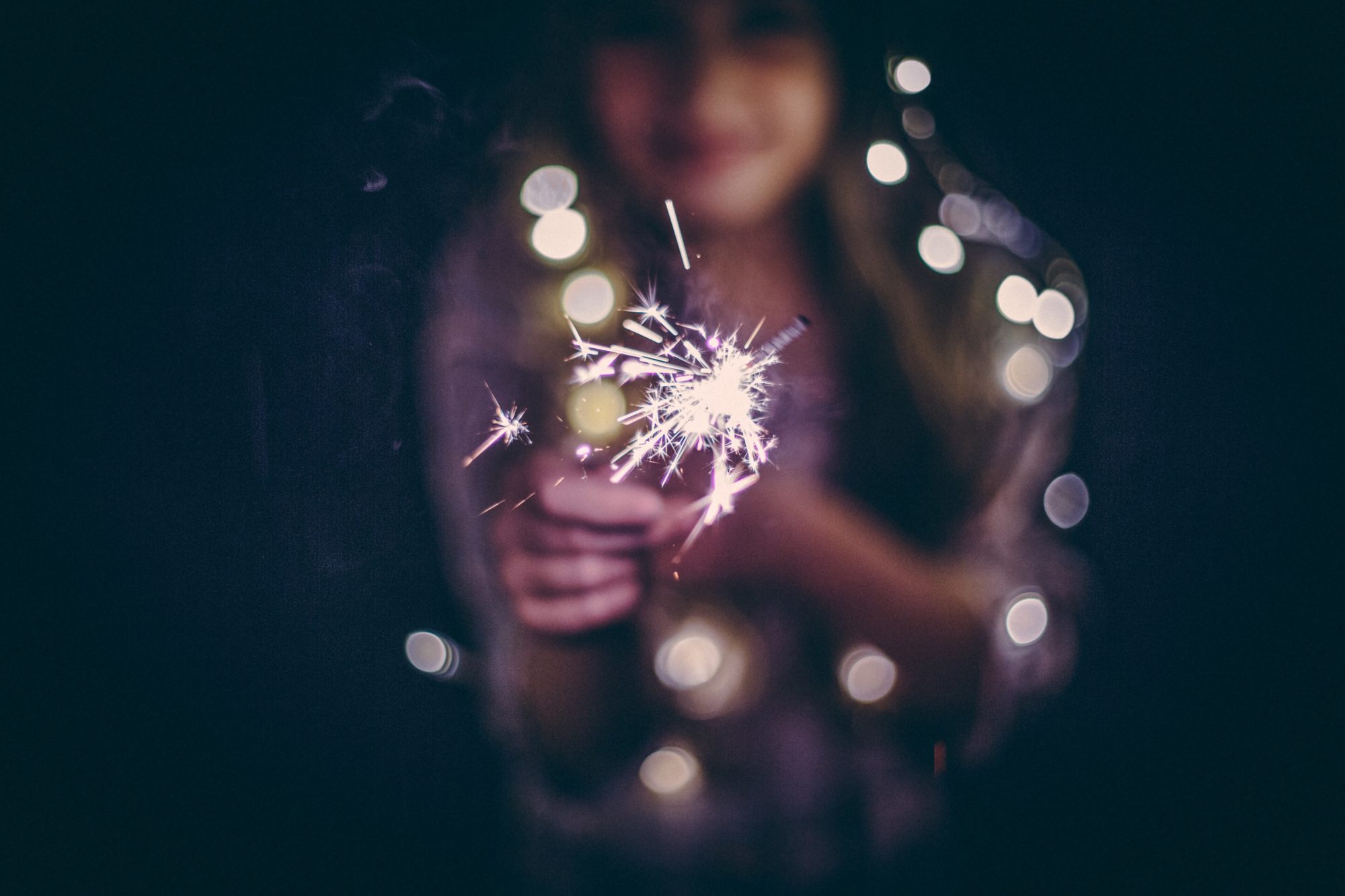 We love to celebrate the end of the year and the start of a new one. Each culture has a way of celebrating the final hours of the year, whether it is a special meal, special clothing for this occasion or a countdown. 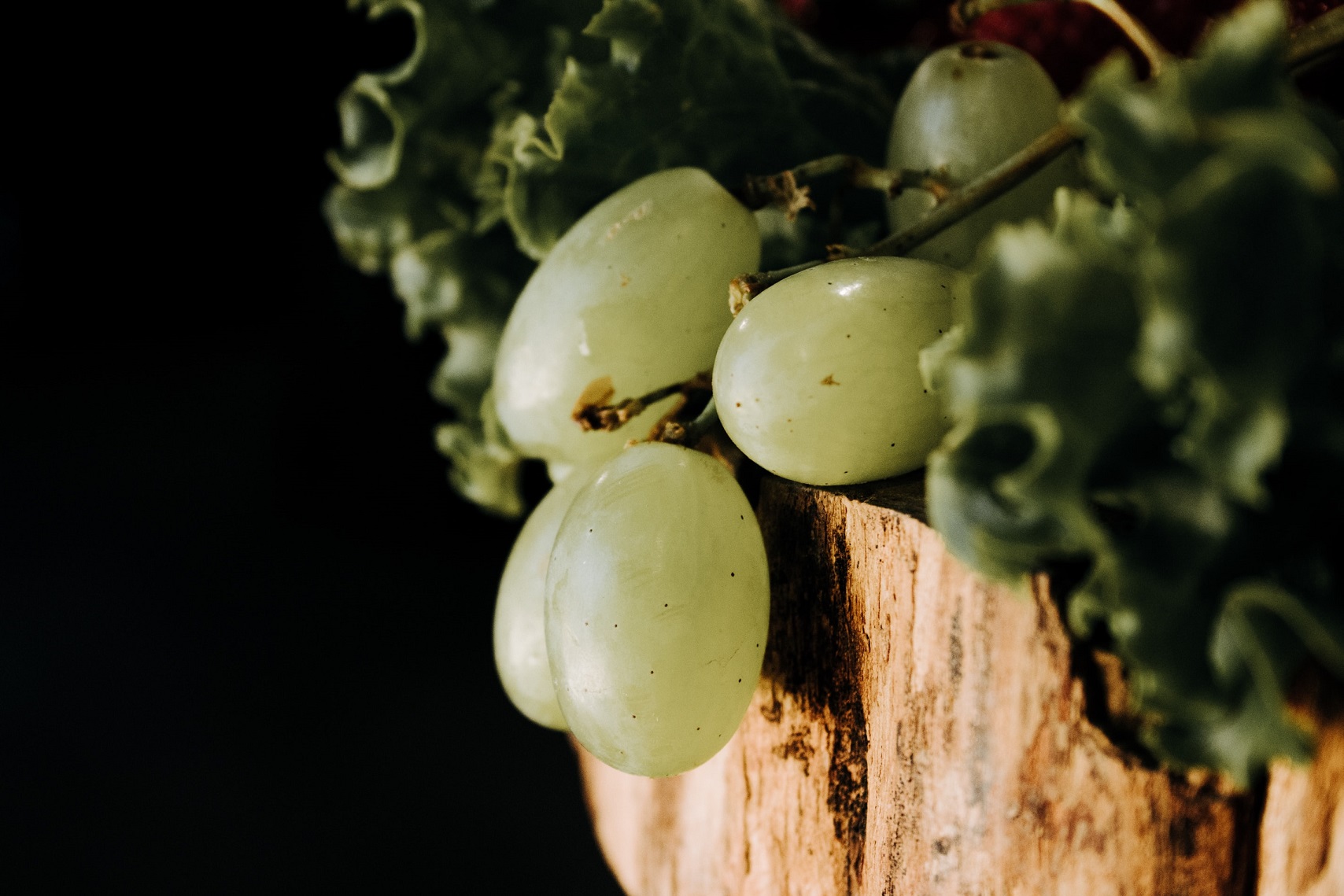 The twelve lucky grapes are a tradition in Spain, Mexico, Venezuela, Bolivia, Ecuador, El Salvador, Peru, Columbia, Puerto Rico, Nicaragua and Costa Rica. A tradition accompanied by the twelve chimes which, in the case of Spain, are broadcast by the Puerta del Sol clock in Madrid.

In Spain, New Year’s Eve is called “Nochevieja” (old night) and the tradition to say goodbye to the ‘old year’ follows a very specific etiquette.

Some believe that this tradition originates from a surplus harvest of grapes at the start of the 20th century, but that is not true. In reality, it is due to the custom that wealthy families had of eating grapes and drinking champagne to celebrate the year end. In an attempt to ridicule this upper class tradition, a group of working-class people from Madrid gathered in the square at the Puerta del Sol to eat grapes and enjoy champagne on New Year’s Eve.

At midnight on 31st December, a golden ball (the carillon) is lowered from the top of the clock in the Puerta del Sol with a single chime of the bell. This is followed by the four ‘quarters’, 4 pairs of chimes and, finally, by the pealing of bells. The clock chimes twelve times corresponding to the time shown and the tradition consists of eating a grape at each chime.

A meal of lentils – Italy 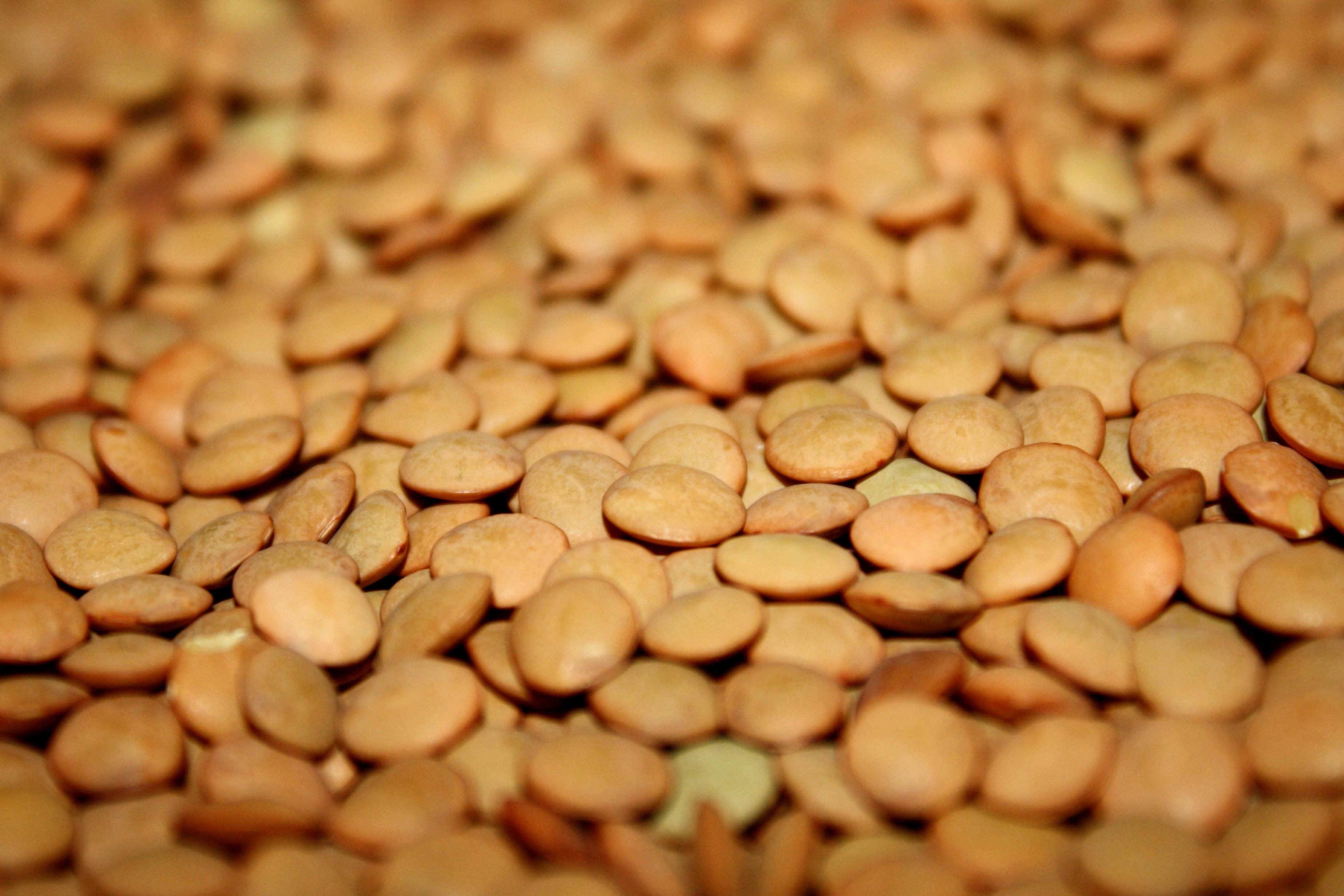 In Italy, the last night of the year is called “Notte di Capodanno” or “Notte di San Silvestro” and during this celebration, among the diverse customs of the peninsula is the tradition of eating lentils.

In ancient times, the symbolism of this pulse was linked to prosperity. In ancient Rome, the “scarsella”, a small leather bag containing lentils, was given as a gift in the hope that they would turn into coins. This was because the round shape of lentils resembles the shape of coins and when they are cooked, they increase in size.

Nowadays, this dish appears on the last evening of the year on Italian dinner tables as a symbol of good luck and economic prosperity.  This 31st December, Italian dining tables will once again contain lentils accompanied by cotechino or zampone, another of the typical dishes for this time. These dishes have a medieval tradition which is due, it seems, to the philosopher Pico della Mirandola. During the invasion of the Papal troops, when the town of Mirandola sacrificed its pigs so they didn’t fall into the enemies’ hands, this philosopher suggested preserving the meat by seasoning it and inserting it into the pigs trotters. 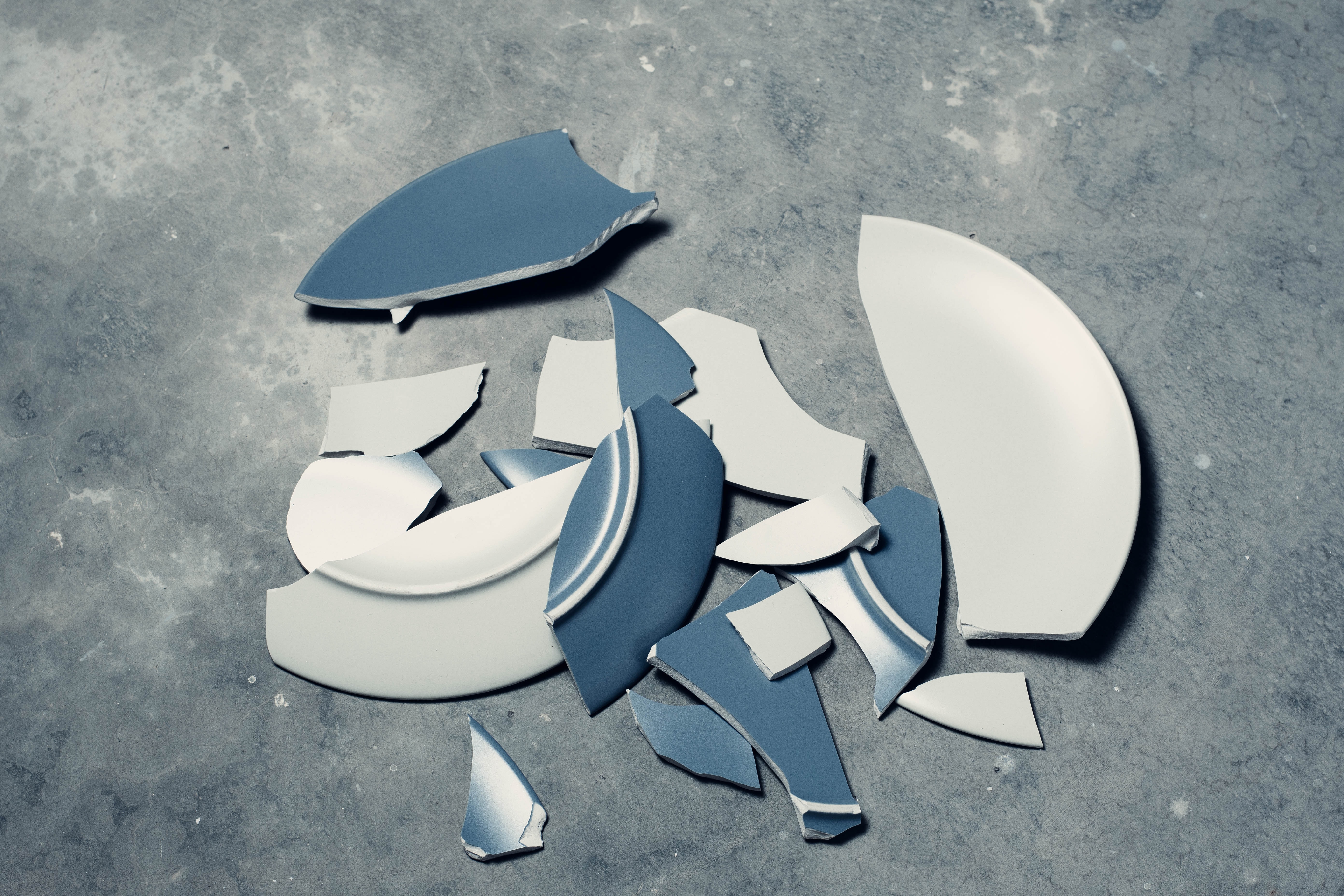 In Denmark, the tradition on this date is to smash plates, but not just any old how.

On New Year’s Eve, the Danish traditionally smash plates against the doors of the homes belonging to their loved ones to wish them the best for the coming year. So, the more pieces of plates that are heaped outside a door, the more luck the inhabitants of that house will receive.

As well as this tradition, Danish people also have one to invoke their own luck for the following year. This consists of jumping off a chair at midnight, and it is common to see both children and older people performing this tradition. 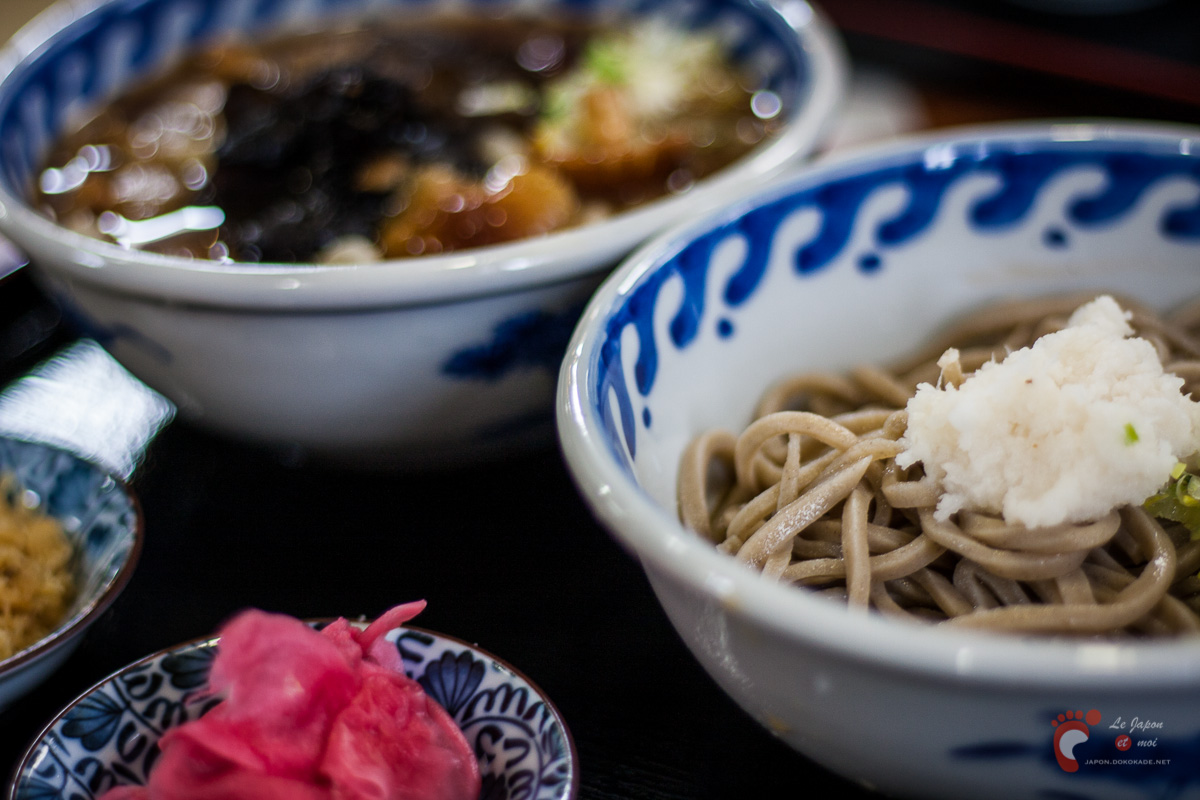 On the last day of the year in Japan they celebrate “ōmisoka“, (大晦日), the most important date on the Japanese cultural calendar which encompasses both New Year’s Eve and New Year’s Day.

Before the last day of the year, the Japanese population performs Oosooji（大掃除), or the big clean. Japanese people deep clean their homes to receive the new year with cleanliness and tidiness in the home, they throw away the old to make space for the new that the year will bring.

Furthermore, from the second week in December, they celebrate the Boonenkai (忘年会), a festivity whose objective is to forget the bad memories of the year that is ending. These festivities are usually celebrated among friends and with work colleagues.

When the last day of the year arrives, the day begins with the sound of the bells from 108 Buddhist temples, representing the 108 human sins. Each one of the ringing bells frees the person from these sins so that they can be pure at the coming of the new year.

In japan, the last bell coincides with midnight.

The typical food of this celebration is Toshikoshi Soba (年越しそば), which is usually accompanied by fried tofu, tempura or duck breast. The noodles are especially long and thin and symbolise the wish for a long and prosperous life. 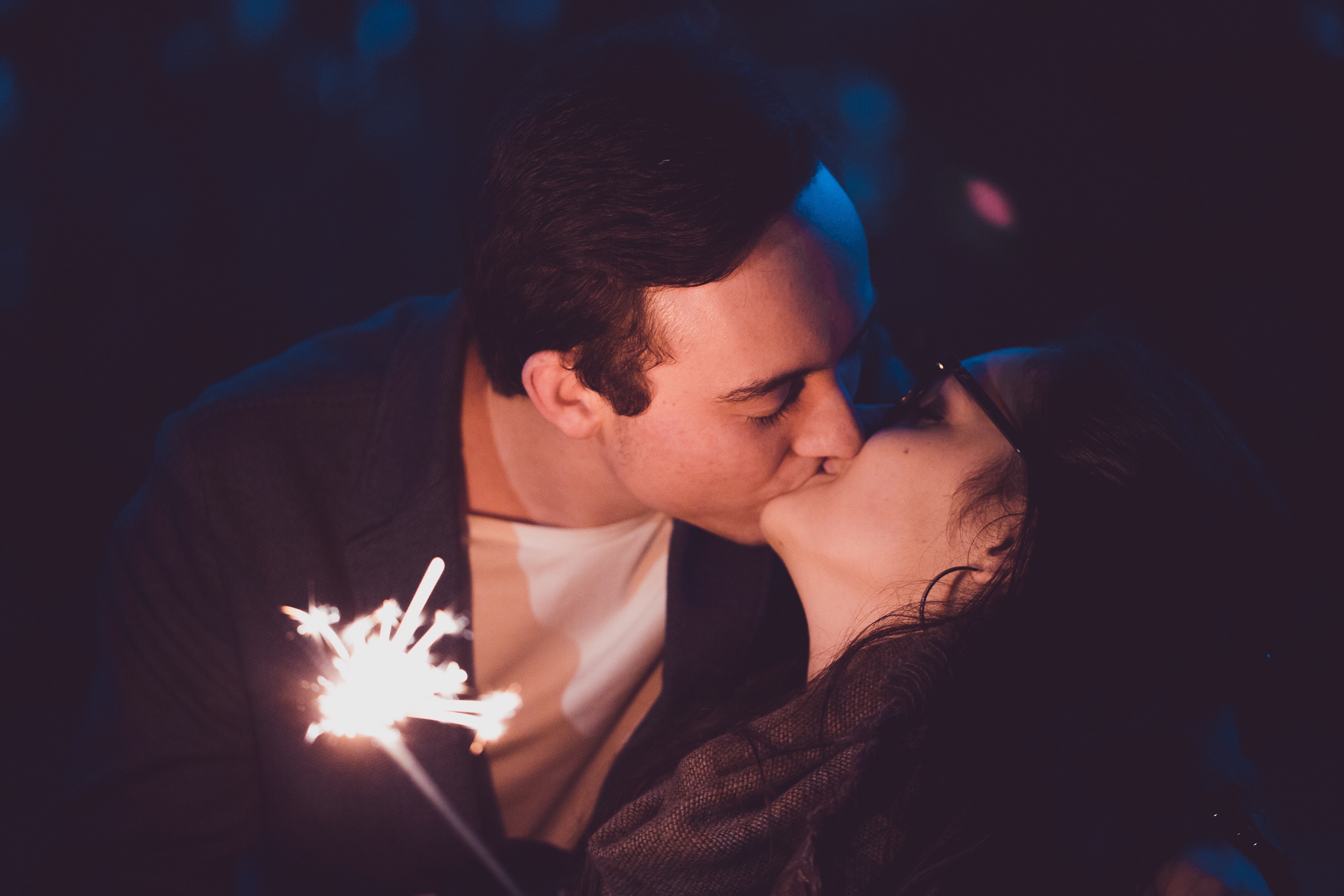 Every New Year’s Eve, the Times Square Ball in New York begins its descent at 23:59pm, a descent that lasts exactly 60 seconds and marks the end of the year in the United States. It is estimated that every New Year’s Eve around 3.7 million people gather at this specific point for the celebration.

On this night it is also tradition to sing the old Scottish ballad Auld Lang Syne, ‘for the sake of the old times’, before midnight. The song is about old friendships and pleasant memories of the past.

But, undoubtedly, the best known tradition is the kiss when it turns midnight. Tradition says that an affectionate encounter or action at the start of the year is a symbol that everything will go well in the new year. 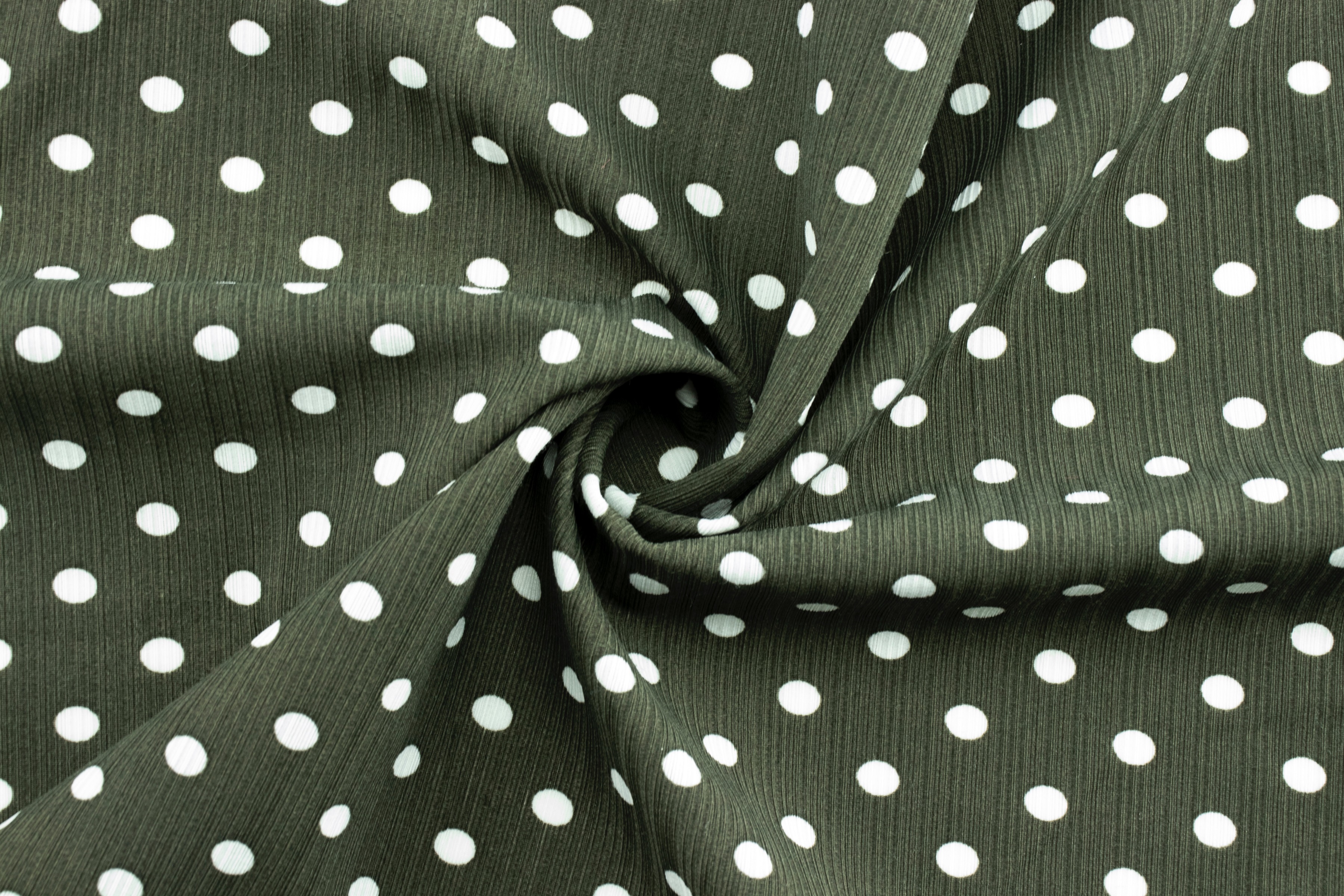 As in Japan, in The Philippines noodles are also eaten on this day. The Philippine dish is called Pancit Palabok, a dish of fried noodles with prawns and duck sauce.

But the most striking thing about this celebration in The Philippines is the clothing. During this important day, people dress in polka-dot clothing because, as in the Italian tradition, the shape resembles coins, making polka-dots a symbol of prosperity, happiness and luck. 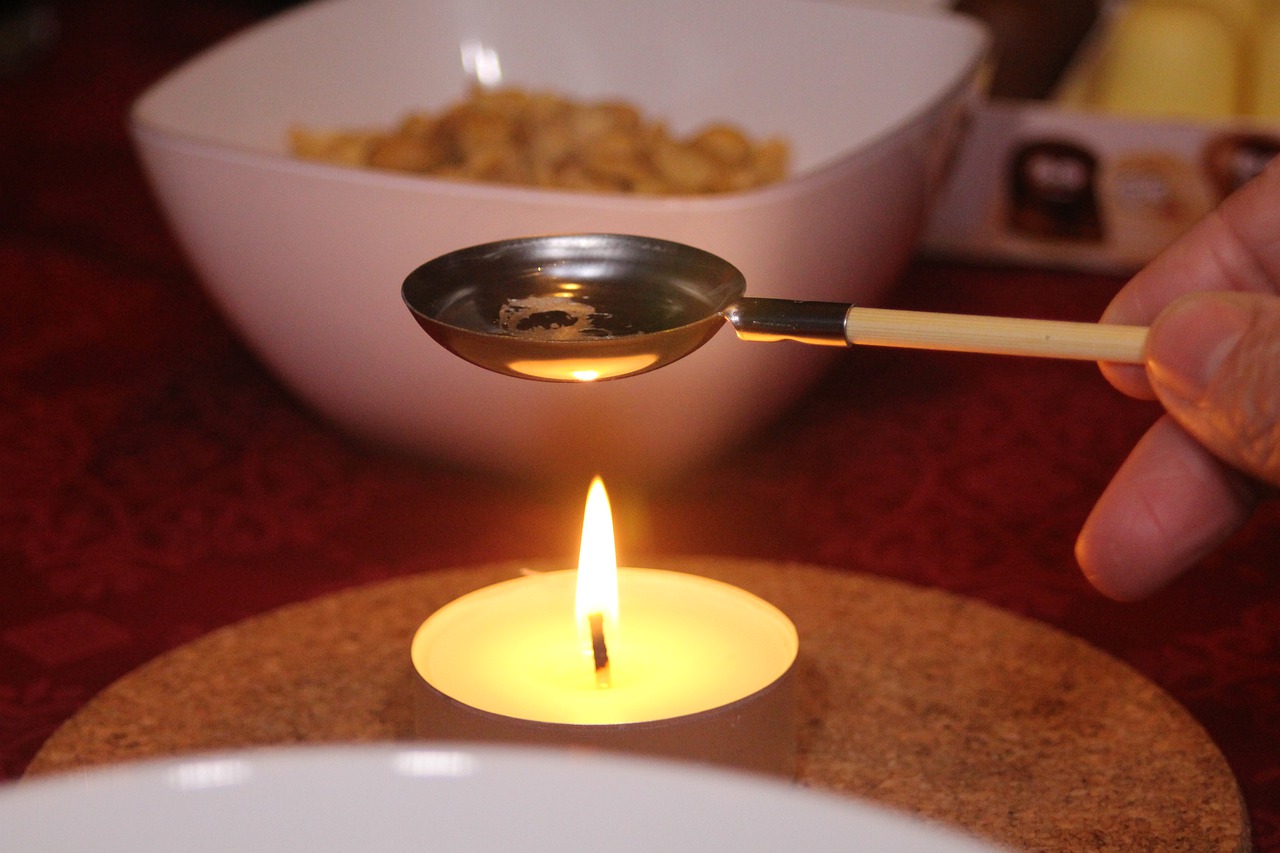 In Germany, the last night of the year is called Silvesternacht. For the evening meal, carp or fondue is eaten and Sekt (a sparkling German wine) or champagne is drunk. Although another traditional drink of this time is Feuerzangenbowle (fire-tongs punch), a drink made with rum, red wine, orange, lemon, clove and cinnamon, all of which is heated without letting it boil and, when served, a rum-soaked sugar cube is placed on the top and set on fire.

The evening meal is followed by the traditional fortune-telling with lead. Lead is heated on a spoon over a candle flame. When the lead melts, it is poured into a container of cold water. The different shapes taken by melted lead contain the omens for that person. If they form drops, flowers and stars they are symbols of good luck, circles and crowns are a sign of marriage and the mouse signifies saving or a hidden love.

Evening at the cemetery – Chile 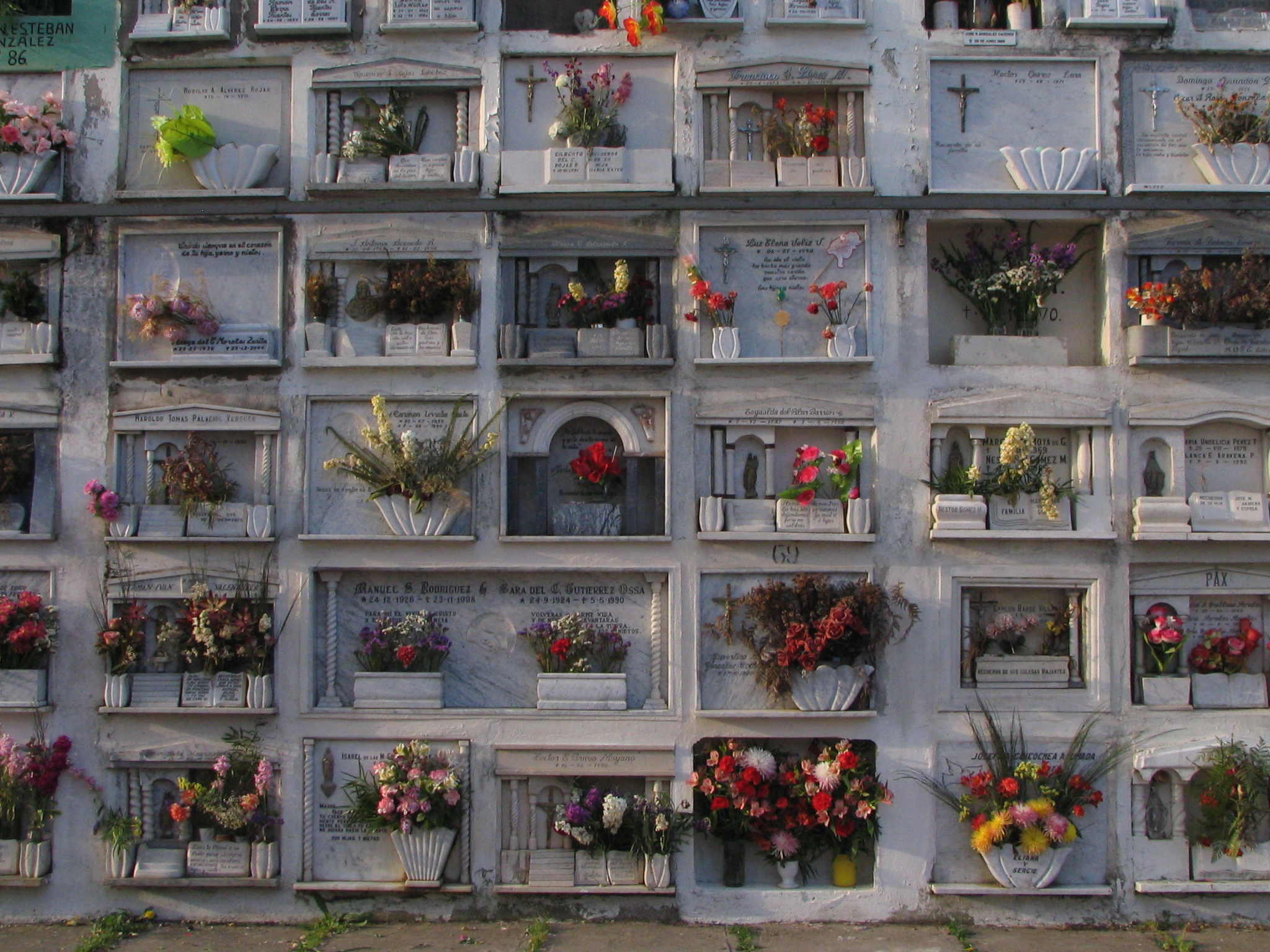 The end of the year tradition in Talca (Chile) goes beyond clothing and food.

On the last night of the year, Chile opens its cemeteries so that families can enjoy stepping into the new year with their deceased relatives. At the chime of the bells at midnight, the inhabitants of Talca enter the cemetery and light up their relatives’ tombstones with candles and decorate them with flowers. Participants of this tradition open bottles of spirits, begin the New Year’s Eve party, dance and toast their deceased relatives and friends.

People have been doing this since the late 1980’s and it all started when family members of the deceased Julio Opazo Silva went to the cemetery to celebrate the end of the year together. This spread to other families who also wanted to pay tribute to their relatives.

Throwing flowers into the sea – Brazil

In Brazil, the end of year tradition is much more floral.

Brazilians jump three times with a glass of champagne in their hands without spilling a drop and then they throw its contents behind them. They also spray the corners of their homes with holy water and sprinkle yellow flowers in the bedrooms.

But one of the most popular traditions of this celebration is to offer gifts to the ocean goddess, Yemajâ. In general, white flowers are taken to the beaches to be thrown into the sea. Others hire small boats that they fill with food, drink, candles and flowers to throw them into the sea. 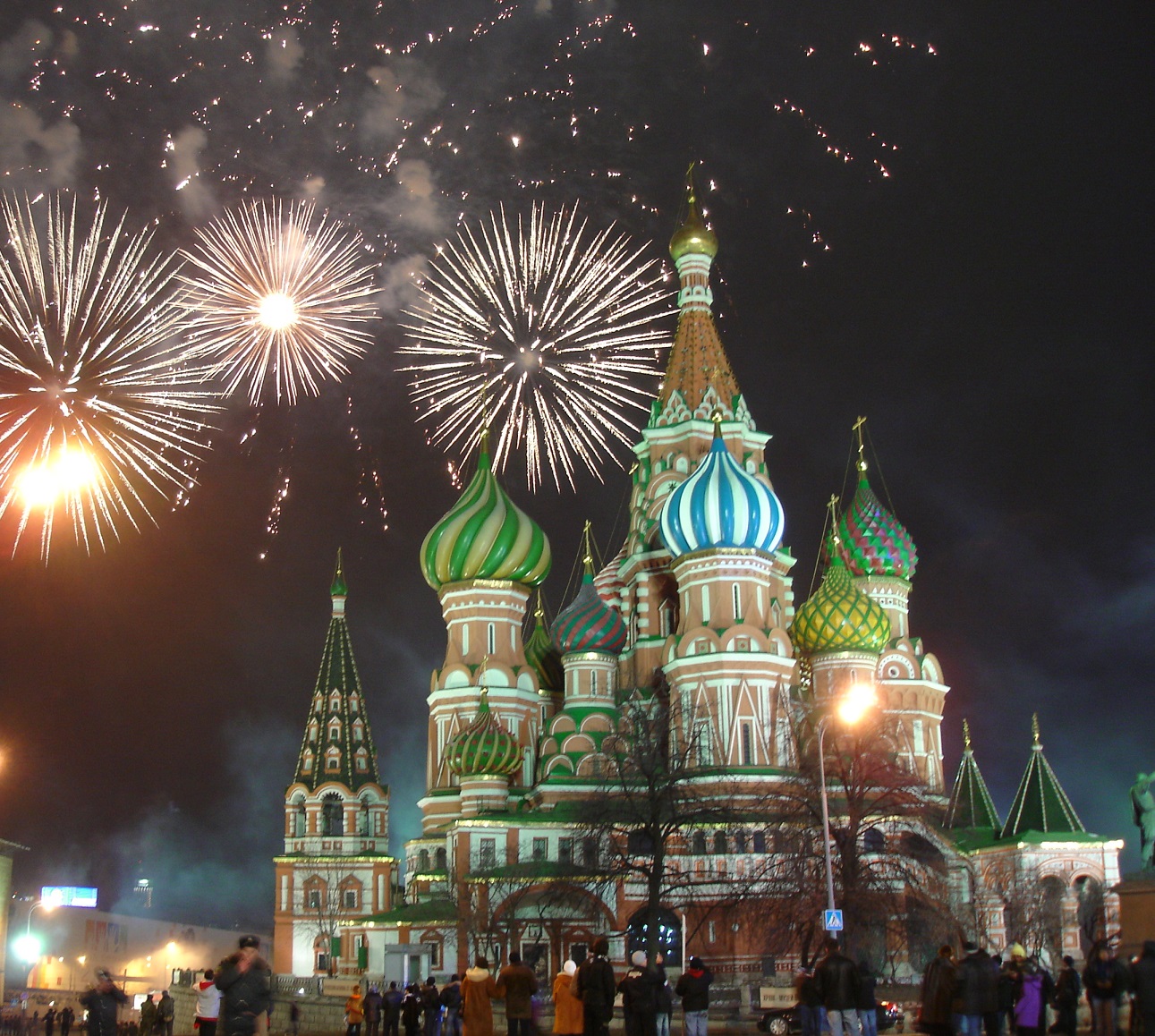 And if it wasn’t enough to celebrate the New Year once, in Russia they do it twice.

New Year in Russia is one of the most important celebrations of the year. But you should keep in mind that the tradition of celebrating New Year from 31st to 1st January has only been around in Russia for a little over 300 years.

But, given that the Gregorian and Julian calendars still coexist in Russia, and the latter is preserved by the orthodox part of Russia, there is a difference of three days between this and the Gregorian calendar, which means that Russia also celebrates the end of the year on the 7th of January.

How do you celebrate the last day of the year? Do you know an interesting tradition that we haven’t mentioned? Tell us about it, we love to learn about other cultures.

We wish you a happy and successful new year from the team at BigTranslation. 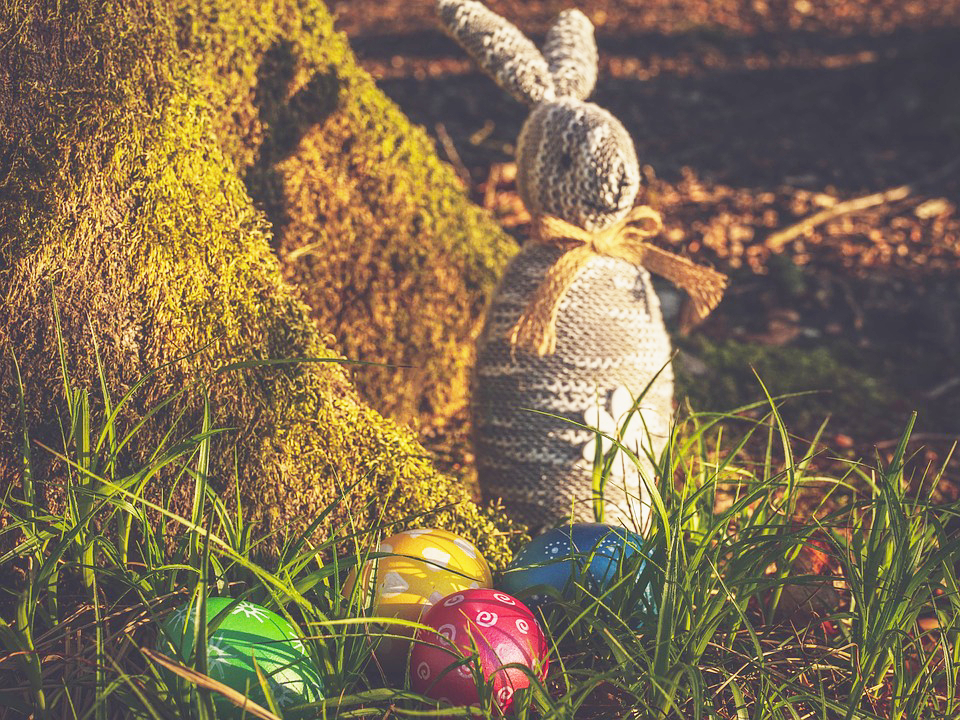